Turn off the cellphone, unplug the landline and TV. Grab some drinks and snacks, sit back and enjoy some wonderful, touching videos. You may want some tissues handy as some of these videos touch you deep inside.

How the West Was Lost

Robert Looks Twice is an award winning Traditional Lakota Boys Dancer all over the Northern Plains. He was recently awarded best all around boys traditional dancer in the regional competitions, and has also recently been honored to dance at this years Crow Fair in Montana. Robert has lived with his Grandma on a Lakota Indian Reservation his entire young life and is very good at school, sports, and of course his traditional ways and culture. His other "Papa" and board member, Jim Cortez, is very proud of Robert and all he does for his people and his family. 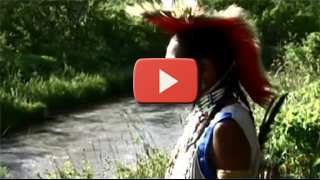 The Buffalo Boy. A non-profit 501C3 foundation dedicated to improving the future of the Northern Plains Indian Tribal People through economy, education, and cultural preservation in an effort to gain self-determination and self-sufficiency.

"Little Indians" Music by Robert Mirabal Available on iTunes/Amazon/ and other music outlets. 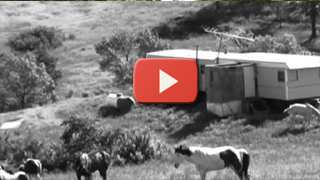 Or if you prefer to send a check or money order made out to Tatanka Hoksila you may do so and mail to:

The first album, 'Chants and Dances of the Native Americans', is a musical project by Claus Zundel, Ralf Hamm and Markus Staab. Zundel adopted the pseudonym 'The Fearsome Brave' and later to, 'The Brave'

The song "The Counterclockwise Circle Dance" was presented as a Native American chant. However the main vocals are an authentic Sami yoik ("Normo Jovnna" by Terje Tretnes), recorded in 1994 by Dutch Channel 4 during an interview as an example of a yoik.

An interesting video from 'Daybreak Warrior' who attempts to de-mystify the Navajo language. This video gives the meaning to the Navajo lyrics in the song "Yeha Noha (Wishes of Happiness and Prosperity)" by Sacred Spirit.

The lyrics are actually the lyrics to a Navajo Shoe Game Song - Késhjéé' Sin - which is 'The Giant's Song'. It is a genuine traditional Navajo song (sung by Kee Chee Jake from Chinle, Arizona.) The song is compared to an unedited Shoe Game Song sung by the Klagetoh Singers.

Nizhoniangel's video about the sacred Navajo ceremony that tells and shows the story of how the cycle of Day and Night came to be. This game is only played in the winter months.