The Way it Was According to Chick : Growing Up on the Spokane Indian Reservation

A firsthand account of the author's boyhood years growing up on the Spokane Indian Reservation in the 1930s and 1940s. The author has a gift for storytelling and delights the reader with his humorous tales about his early years with his six brothers.

Comments About the Book 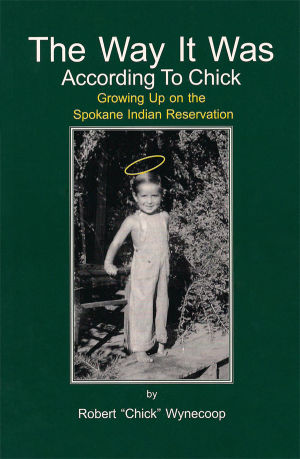 This is a charming book, full of amusing anecdotes and photographs, many of which made me laugh out loud. Not only does it provide a glimpse of reservation life in the 30's and 40's, it regales the reader with the antics of how seven little boys creatively entertained themselves in the era before television and other electronic amusements, often with near disastrous results.

It is a tribute to a loving mother, affectionately dubbed "Nurse Mom," who patched many a wound, and a patient father who taught the boys responsibility and a strong work ethic, yet understood the value of play. It is refreshing, in this day of so many broken homes, to read the stories of a family who worked and played well together. Bob Wynecoop has a wonderful delivery and this compilation of short stories is sure to provide countless hours of reading enjoyment.
Suzanne Bamonte
Tornado Creek Publications

The family stories in this book throb with the creative energy of seven little boys growing up in a small house in a small community. It is the author's personal stories, but in many ways, the story of each reader who was once a child. Bob Wynecoop has translated his talent for storytelling into a delightful book.
Dr. Shirley Richner
Faculty Emeritus
Whitworth University

The price includes shipping and handling charges for USA and Canada. Please contact Chick for International orders, thank you. 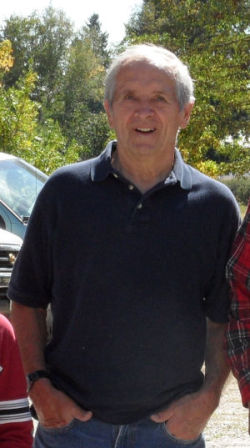 Bob "Chick" Wynecoop was born at Wellpinit, WA November 3, 1935 in a log cabin. He attended grades 1-12 at Wellpinit Grade and High School, graduating high school in 1954. He attended and graduated from Washington State College (now WSU) in 1958 with a degree in Forestry. He enlisted in the U.S. Army and served for 33 months as an instructor in photo mapping at the U.S. Army Engineer School at Fort Belvoir, Virginia.

Following his term in the army, he worked for the U.S. Department of Agriculture at Coram, Big Prairie and Glacier View Ranger Districts on the Flathead National Forest, the regional office in Missoula, and the Forest Supervisor's Office in Helena, Montana, where he met Lois, his wife-to-be. They were later transferred to the Clearwater National Forest Supervisor's office in Orofino, Idaho.

During Bob's career, he also worked at the following places: Canyon Ranger District also on the Clearwater, the Troy Ranger District on the Kootenai National Forest, the Supervisor's Office on the Kootenai and in Libby, Montana, the regional office in Missoula, Montana (again). The Department of Interior Bureau of Indian Affairs, Portland Area Office in Portland, Oregon and the planning branch at Denver, Colorado. Bob ended up as the Chief of Natural Resources at the Minneapolis Area Office in Minneapolis, Minnesota. He retired in 1994, returning to Spokane Washington in September of 2001. His hobbies are running, backpacking and hunting.

Bob & Lois have two children. Their daughter Kerry Kulus and husband Steve, live in St. Cloud, Minnesota with their 3 children Kaylee, Ben and Sam. Kerry is a registered nurse. Their son Keith lives in Minneapolis and has a Performing Arts degree.