A Nanosecond To Eternity.

Review by D. K. Christi, author of Arirang: The Bamboo Connection. The Romance Adventure of a Lifetime.

This story of heaven and earth through the eyes of angels and their charges is exquisitely detailed. The descriptions of heaven, its inhabitants, its activities and the rationale behind this heavenly view are supported by illustrations that are equally compelling.

Two couples are the primary vehicles for the tour of heaven and the explanations of the spiritual experience. Earthly experiences are not totally ignored but rather reinvented for the benefit of heaven's occupants who may not have experienced their gifts on earth or who wish to grow in their skills in heaven: cooks, artists, engineers and various occupations have the tools at hand to experience and improve upon their gifts. Heaven is exceedingly satisfying for the resolution of earthly endeavors left unfinished and the enjoyment of recreational pursuits.

Unfinished earthly experiences resolved in heaven include relationships with family and friends, allowing the di</div>ssolution of distress to be replaced by the joy of acceptance and love. Jesus has regular meetings, attended by heaven's occupants and their angels. The spiritual meets the secular in this representation of order in the community.

This loving story breaks down a bit, however, through the wars of Armageddon, the destruction of earth in our experience, and its reconstruction for the benefit of the saved. Again, the descriptions are convincing, including the countries of the world, their politics and the recreation of an earth that is free of pain and evil.

The story flows with logic and comparison to scriptural references. The construction ties together a human view of a heavenly experience that meets human desires without offending Christian values, Biblical references to tie this view to scripture, and illustrations that are exceptional. I highly recommend this work for its descriptive detail, and especially to anyone who ponders the realities of a heavenly home. 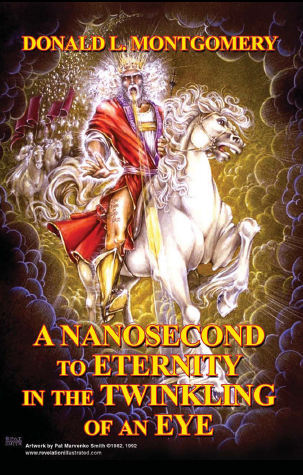 Don Montgomery has brought The Legend of the White Horse Plain to life with his romantic action packed story of the star crossed lovers Kitchi and Cholene. I found this fictional account particularly fascinating as part of my family is from the area in which the story takes place. The mystery of the White Horse has long been the topic of speculation whenever we pass the magnificent statue of the White Horse.

The author weaves a story that soon has the readers sitting by a campfire on the banks of the Assinibione river listening to the elder Chief Maskwa sharing stories of Mother Earth with his band. The detailed and colorful descriptions of the life of the First Nation Plains people set the stage for the adventure that is to take place for Kitchi. I found myself lost in the terror of the firestorm and exhilaration of the buffalo hunt.

The trek to Mexico becomes all too real with the trials and tribulations Kitchi is willing to endure for the love of the beautiful Cholene. The reader feels the wind in their hair as Kitchi rides his powerful horse across North America to return to his destiny. The joy of the reunion of Kitchi and Cholene is bittersweet and soon becomes tragic as is the legend. Don Montgomery has written a work of fiction that makes the reader forget that it is actually fiction.

Don makes the "Legend of the White Horse Plain" all too real with his wonderful ability to develop the characters in such a way that they become real people, in real places, doing and experiencing real adventures. Great read! I highly recommend this very entertaining book. 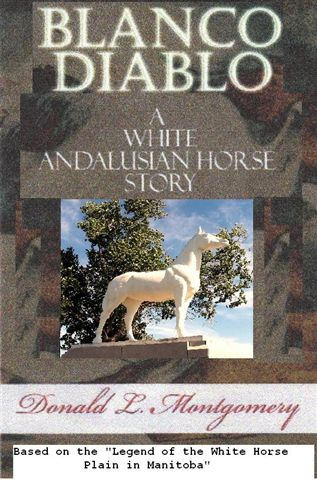 Cuthbert Grant (1793 - July 15, 1854) was a prominent Métis leader of the early nineteenth century. Cuthbert was the son of a Scottish father and Woods Cree Métis mother. He was born in 1793 at Fort Tremblante, a North West Company trading post located near the present-day town of Kamsack, Saskatchewan, where his father was the head Factor.

In 1801 at the age of eight, he was sent to Scotland to be educated. It is not known exactly when he returned to the West, but in 1812, he entered the service of the North West Company at the age of 18. He then travelled with the Spring Brigade to Pays d'en haut, the "high country" of the Northwest.

He was recognized as a leader of the Métis people, and became involved in the bitter struggle between the Nor'westers and the Hudson's Bay Company stemming from the Pemmican Proclamation, which forbade anyone from exporting pemmican from the Red River Colony.

The capture and destruction of the North West Company's Fort Gibraltar in 1816, caused further anger at the HBC from the Nor'westers and the local Métis. This led to the bloody encounter known as the Battle of Seven Oaks, where Governor Robert Semple and 21 colonists from the Red River Colony were slain.

Despite this, when the two rival companies merged in 1821 under the name the Hudson's Bay Company, the new governor, Sir George Simpson, requested Grant to head a Métis settlement of some 2,000 people situated some 16 miles west of the Red River settlement on the Assiniboine River. The settlement was to be known as Grantown for many years, but in more recent times was renamed St. Francois Xavier after the patron saint of the town.

By 1825 wheat was becoming an important food crop and although there were several windmills in operation in the area, Cuthbert Grant was the first to undertake the construction of a watermill. His mill was completed on Sturgeon Creek in 1829. While the exact location is not known, it is probable that it was close to where the Portage Trail crossed the creek; and it is altogether likely that the dam was used as a bridge for crossing the creek during the season of high water.

Unfortunately the dam proved unequal to the spring floods and for three successive years it was washed out. Grant finally abandoned the site and moved his machinery to Grantown where he constructed a successful windmill.

In 1828, the Hudson's Bay Company placed him in charge of the defence of the Red River Settlement. He later became a sheriff and magistrate in the District of Assiniboia.

On July 15, 1854, Cuthbert died from injuries sustained after falling from his horse. 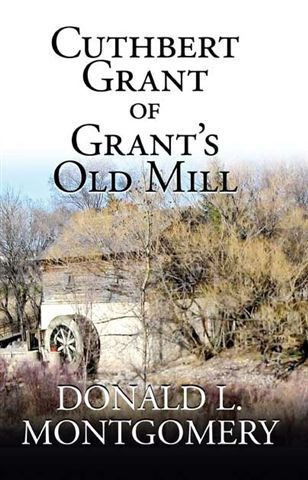 I was born August 30, 1931 at St, Joseph hospital, Winnipeg Manitoba Canada. My mom & dad raised four boys me included, as the youngest. I graduated from high school in 1948.

In July 1948, at seventeen years old, I approached Mr. Norman Cronkhite for a position in his plumbing supply company. He asked me if I could write, gave me a short pencil and told me to print my name and address on a piece of paper. He examined my printing and told me I was hired. Work time was 44 hours a week, pay was $90.00 a month (approx...50 cents an hour,) two weeks vacation after one year.

My warehouse manager was an older gentleman named Ray Pearce, who was a great guy. In time, I became his boss, more on that later. The work was hard for a while, unloading carloads of plumbing fixtures, pipe, deliveries of pig lead, bags of fittings soil pipe and fittings etc. It soon toughened me up.

In 1949, Mr Cronkhite became ill, his doctor advised him to sell his company, as he was in his eighties, and his health was failing. He sold the company to Muttart Industries of Edmonton Alberta. We soon had a manager, Mr Dave Balfour, arrived from Calgary.

We went through the 1950 flood, which filled our basement part of the warehouse with muddy water, eight feet deep. What a mess, faced me and another warehouse guy when the flood subsided. It took a month to wash ceramic fixtures and replace them in cardboard cartons. I was becoming disgruntled at my low wages, as some of my buddies were earning higher salaries. It was time to move on.

About that time, Mr Merrill Muttart paid a visit to our old warehouse. He was a big, tall individual with a head of white wavy hair and a deep voice. He approached me in the warehouse, asked me to sit down with him on an old dirty bench. His first question was if I was happy with my job? I told him, I enjoyed the work, but not too happy with the amount of money, I was being paid.

Mr. Muttart told me to just hang in there for the time being, he said there will be a change. I got a good substantial raise in pay shortly after. A new larger warehouse was built at 90 Market Ave Winnipeg.

I became a traveling salesman for the company, territory, all of Manitoba, part of Saskatchewan and Thunder Bay Ontario. A brand new car and a fairly decent salary and sales incentive.

One day Dave Balfour asked me if I would care to move to Brandon, to be closer to my western territory, no longer traveling to Thunder Bay. I jumped at the opportunity.

The company, also thanks to John Mansley another employee, helped me buy a new house in Brandon because rental suites or houses were nonexistent at that time. My new bride and I moved into the new home in September 1954.

After a fairly successful two years, working out of Brandon, Dave asked me to move to Edmonton where a new Cronkhite branch would soon open, under the management of a Mr. Tom Bishop. We moved and had another two good years in Edmonton.

I was then transferred back to Winnipeg, became an assistant manager to Mr. Stewart Sinclair. By this time Ray Pearce, still with Cronkhite, was now working for me. How things do change.

In 1968, I had an opportunity to become my own boss as a manufacturers agent for plumbing material's. Some of my lines were Zebco Rods & Reels, Delta Faucets, In-sink-erator Disposers, Beneke Toilet Seats, Crane Pumps and many more. In time I added a new company Allied Electric Motor and Pump to my assets. Finally at 60 years old, family of four children all grown up and on there own, I decided that I had, had enough fun working and would now retire.

About this time, I bought myself a computer. After some months I looked up a distant relative on the Internet, his name was Cuthbert Grant, who my mother had spoke of as being a very famous person way back in the old days.

There was a lot of information about Cuthbert Grant, who had helped open up western Canada. He was born a Metis as his father had married a Cree aboriginal woman.

I realized for the first time in my life that I was a Métis. One thing led to another and I decided to write a book in my spare time, which I had plenty of.